All Collections
Wellness Information
The Leafy Green Hall of Fame

The Leafy Green Hall of Fame

Pack some nutritional goodness into each day with greens

Written by Heidi Erwin
Updated over a week ago 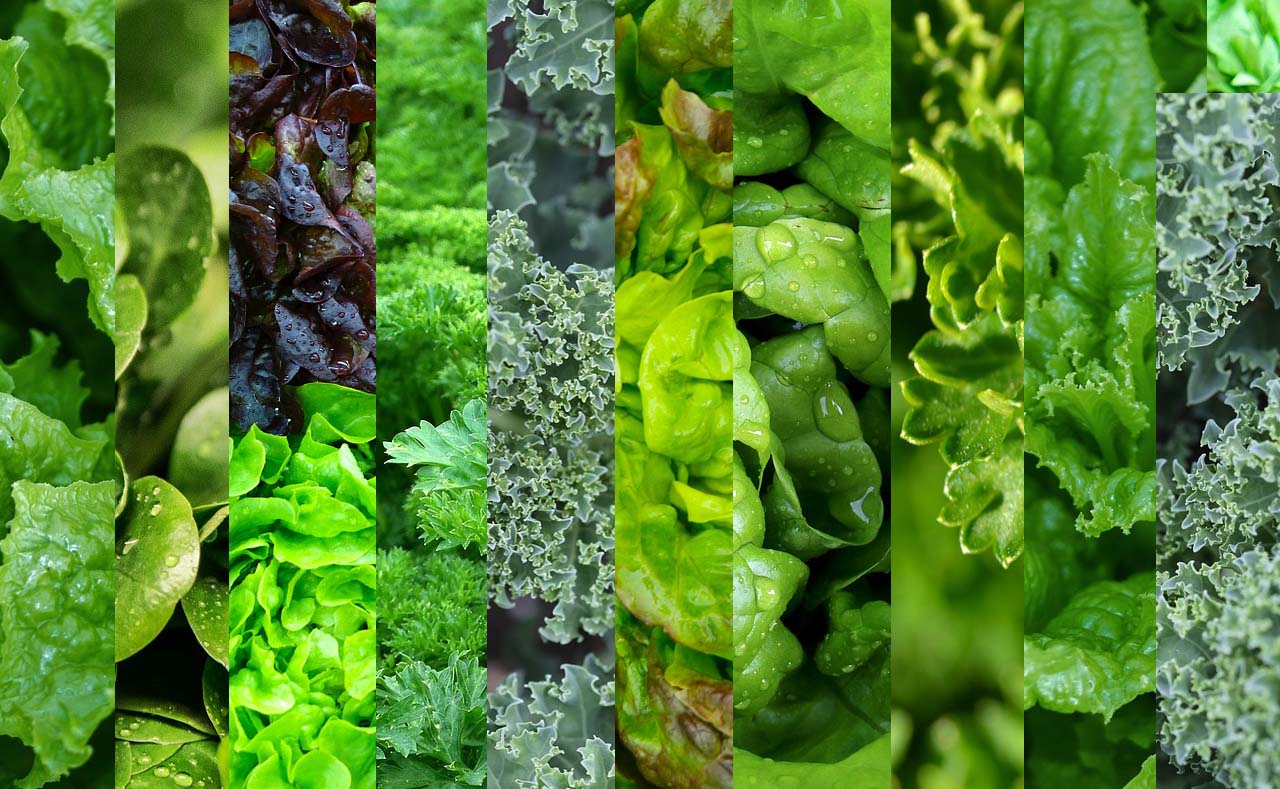 Many people who come to Betr Health look at the Level 1 food list and are not familiar with the varieties of our recommended leafy green vegetables.  They are an important part of a healthy, fresh Betr lifestyle and are packed with vitamins, minerals and fiber while low in calories.

This makes them the perfect choice to help hit the Betr targeted goal of eating 70% of your vegetables raw each day.  Eating a diet rich in leafy greens can offer numerous health benefits including reduced risk of obesity, heart disease, high blood pressure and mental decline as well as repopulate your beneficial digestive microbiota.

A recent study by Dr. Ethan Goddard-Borger and Professor Spencer Williams, suggests that leafy greens are essential for feeding good gut bacteria while limiting the ability of bad bacteria to colonize the gut by shutting them out of the prime 'real estate'.

Kale is considered one of the most nutrient-dense vegetables on the planet due to its many vitamins, minerals and antioxidants.  For example, one cup of raw kale packs a whopping 684% of the Daily Value (DV) for vitamin K, 206% of the DV for vitamin A and 134% of the DV for vitamin C. It also contains antioxidants such as lutein and beta-carotene, which reduce the risk of diseases caused by oxidative stress.  To benefit most from all that kale has to offer, it’s best consumed raw in salads or juicing, since cooking can reduce its nutrient profile.

Spinach is a popular leafy green vegetable and is easily incorporated into a variety of dishes, including soups, sauces, omelettes, smoothies and salads.  Pre-washed bags of spinach make this a convenient and easy addition to anyone's daily menu.  Its nutrient profile is impressive with one cup of raw spinach providing 181% of the DV for vitamin K, 56% of the DV for vitamin A and 13% of the DV for manganese.  It’s also packed with folate, which plays a key role in red blood cell production and the prevention of neural tube defects in pregnancy.

Cabbage is formed of clusters of thick leaves that come in green, white and purple colors.  It belongs to the Brassica family, along with Brussels sprouts, kale and broccoli.  Vegetables in this plant family contain glucosinolates, which give them a bitter flavor but have been found to have possible cancer-protective properties.  If kept as a full head, cabbage stores the longest of all greens and a leaf can be used as a non-grain "wrap" or "taco shell" substitute.  It can also be chopped thinly and added to salads or lightly steamed as a side vegetable.

Since the Middle Ages, beets have been claimed to be beneficial for health.  Indeed, they have an impressive nutrient profile, but while beets are commonly used in dishes, the leaves are often ignored.  This is unfortunate, considering that they’re edible and rich in potassium, calcium, riboflavin, fiber and vitamins A and K. Just one cup of cooked beet greens contains 220% of the DV for vitamin A, 37% of the DV for potassium and 17% of the DV for fiber.  They also contain the antioxidants beta-carotene and lutein, which may reduce the risk of eye disorders, such as macular degeneration and cataracts.  Beet greens can be added to salads, soups or sauteed and eaten as a side dish.

Romaine lettuce is a common leafy vegetable with sturdy, dark leaves with a firm center rib.  It has a crunchy texture and is a popular lettuce, readily available precut and washed.  It’s a good source of vitamins A and K, with one cup providing 82% and 60% of the DVs for these vitamins respectively.  What’s more, research shows that lettuce may improve levels of blood lipids, potentially reducing the risk of heart disease.  Romaine is best used in salads or as a non-grain "wrap substitute.

Swiss chard has dark-green leaves with a thick stalk that is red, white, yellow or green. It’s often used in Mediterranean cooking and belongs to the same family as beets and spinach.  It has an earthy taste and is rich in minerals and vitamins, such as potassium, manganese and the vitamins A, C and K.  Swiss chard also contains a unique flavonoid called syringic acid — a compound which may be beneficial for lowering blood sugar levels.  While many people typically throw away the stems of the Swiss chard plant, they’re crunchy and highly nutritious.  Try adding all parts of the Swiss chard plant to dishes such as soups or salads.

Arugula is a leafy green and has a slightly peppery taste and small leaves that can easily be incorporated into salads.  Like other leafy greens, it’s packed with nutrients such as pro-vitamin A carotenoids and vitamins B9 and K.  It’s also one of the best sources of dietary nitrates, a compound that turns into nitric oxide in your body.  Though the benefits of nitrates are debated, some studies have found that they may help increase blood flow and reduce blood pressure by widening your blood vessels.  Arugula can also be used in omelettes, as a burger topping, juicing, or added to smoothies.

Fortunately, many leafy greens can be found year round, and they can easily be incorporated into your meals — in surprising and diverse ways. To reap the many impressive health benefits of leafy greens, make sure to include a variety of these vegetables in your diet.

-Sources cited from Autumn Enloe, MS, RD, LD, The Academy of Culinary Nutrition and The Walter and Eliza Hall Institute