Why can't I eat turkey on level one?

Written by Dr Ferro
Updated over a week ago 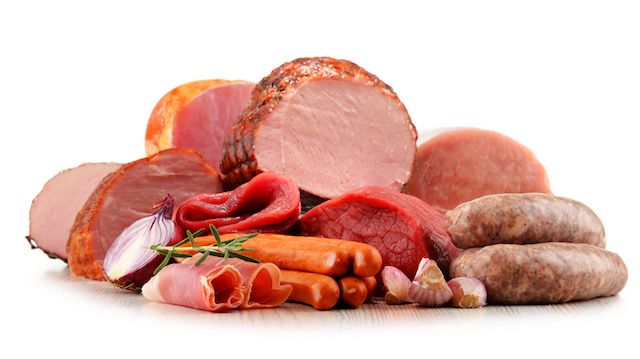 It's been my (Dr Ferro) observation that even if it is fresh, roasted organic turkey it still can give certain people issues. The reason turkey didn't make the list is based upon clinical observation. Because we are trying to eliminate the variables while restoring the gut we choose to keep this off the list for a few weeks and then only introduce it back as fresh turkey.

Since most American's are not roasting their own turkeys week after week we consume turkey in the form of cold-cuts...

"Processed meats are those preserved by smoking, curing or salting, or the addition of chemical preservatives. This includes turkey, bacon, ham, pastrami, salami, pepperoni, hot dogs, some sausages and hamburgers (if they have been preserved with salt or chemical additives) and more.

Particularly problematic are the nitrates that are added to these meats as a preservative, coloring and flavoring. The nitrates found in processed meats are frequently converted into nitrosamines, which are clearly associated with an increased risk of certain cancers.

It's for this reason that the USDA actually requires adding ascorbic acid (vitamin C) or erythorbic acid to bacon cure, as it helps reduces the formation of nitrosamines.

Meat cooked at high temperatures, as many processed meats often are, can also contain as many as 20 different kinds of heterocyclic amines, or HCAs for short. These substances are also linked to cancer.

In terms of HCAs, the worst part of the meat is the blackened section, which is why you should always avoid charring your meat, and never eat blackened sections. Heating meat at high temperatures also appears to increase the formation of nitrosamines, with well-done or burned bacon having significantly more nitrosamines than less well-done bacon.

So at the very least you will want to surely avoid eating hot dogs, bacon or sausages that are charred and very well done.

Many processed meats are also smoked as part of the curing process, and smoking is a well-known cause of carcinogenic polycyclic aromatic hydrocarbons, which enter your food during the smoking process.

There may be other factors at play as well, but at the very least it's known that eating processed meats exposes you to at least three cancer-causing substances: nitrates and nitrites (leading to nitrosamines), heterocyclic amines, and polycyclic aromatic hydrocarbons.

The latest research from WCRF is only the most recent of a slew of evidence linking processed meats to cancer.

A 2007 analysis by WCRF found that eating just one sausage a day can significantly raise your risk of bowel cancer. Specifically, 1.8 ounces of processed meat daily -- about one sausage or three pieces of bacon -- raises the likelihood of the cancer by 20 percent.

Other studies have also found that processed meats increase your risk of:

People who eat processed meats regularly also tend to eat fewer vegetables than others, which likely only compounds the risks."